Angela Davis writes, “I choose the word `abolitionist’ deliberately. The 13th Amendment, when it abolished slavery, did so except for convicts. Through the prison system, the vestiges of slavery have persisted. It thus makes sense to use a word that has this historical resonance” (1996: 26). Understanding the persistence of ‘the vestiges of slavery’ is central to combatting mass imprisonment contemporarily. We have to learn to think differently, outside Western frames of time and individualism, in order to develop an abolitionist imaginary capable of untying the logics of enslavement, which persist in the present.

At a young age, I became obsessed with slavery and the antebellum south. I devoured young adult books on Harriet Tubman and Sojourner Truth, but quickly turned to the bookshelves of the adults around me. I can still remember the day that I found my aunt’s college textbook, The History of the Negro in the United States. I read and reread this book until the cover fell off. It was a major turning point in a life long journey to understand African American history and the relationship of people of African descent to the State.

I am sure that as a child my ancestors were watching over that search for our history. I can still remember the way that my body felt reading about enslavement. It was more like remembering than learning about something completely foreign. I could feel the strength and sorrow of the ancestors in the stories I read. I could feel that I was standing on their bones and that their dreaming had allowed me to be in this time and place. There was something about enslavement mapped into my bones that we were supposed to remember so that we could dream of new ways.

Later, while pursuing my undergraduate degree at Mills College, I began to work with terminally ill women prisoners through an organization called Justice Now. The women I met through that work were the strongest and most courageous people I had ever encountered. I could feel the persistent connections between slavery and mass incarceration in my own life, in my own body. I found that the violence of the prison echoed in my body and it was as if the discordant sounds of the prison rang in my bones in the same way that the stories of slavery had when I was just a little girl.

The Persistent Connections blog is about clearing space in order to map the connections between enslavement, state violence, systems of oppression and our bodies and lives. This site is about building space for the spirit of inquiry necessary to un-think the systems we live in. How do we make space for intellectual work in a system that would rather we not think? How do we slow down the frenetic pace of neoliberal time in order to be present enough to dream something else? How do we carve out space as marginalized people when, as Sister Audre reminds us, “we were never meant to survive”?

In Breaking Bread: Insurgent Black Intellectual Life, bell hooks reminds us to fight for that space for our intellectual work:

Persistent Connections is about claiming that space articulated by hooks, claiming the space to play with ideas, to write in solitude and in community, to transgress discursive frontiers, and to center black intellectual life. It is a radical site of possibility where seeds are planted, where bits & pieces and ephemera can be collected that we may be inspired, where we carve out a space for our inquiry, critique and abolitionist imaginary to grow. 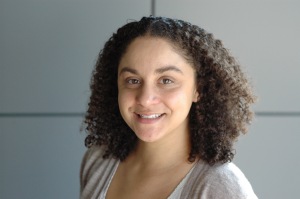 Dr. Renée M. Byrd is an activist scholar, educator and community organizer, committed to building countercarceral knowledges in pursuit of a world without prisons. Her academic research centers the intersection of race, gender, mass imprisonment and prison abolitionist movement building. Dr. Byrd won an Amnesty International Patrick Stewart Human Rights Scholarship, the Sociologists for Women in Society Chow Green Dissertation Scholarship, as well as the University of Washington’s graduate medal, awarded to doctoral students whose academic expertise and social awareness are integrated in a way that demonstrates an exemplary commitment to the University and its larger community. Her current book project is a critique of contemporary prison reforms that leave intact the logics of enslavement at the heart of the global prison industrial complex. Additionally, her article “Punishment’s Twin: Theorizing Prisoner Reentry for a Politics of Abolition,” will appear in Social Justice during the Winter of 2016. Dr. Byrd is also currently working on an experimental film about transformative justice and methods for addressing violence without relying on policing and prisons.

Dr. Byrd received her B.A. in Ethnic Studies from Mills College and her Ph.D in Feminist Studies from the Department of Gender, Women & Sexuality Studies at the University of Washington. She is currently an Assistant Professor in the Department of Sociology at Humboldt State University. Outside of academia, Renée has worked as a legal advocate for women prisoners with Justice Now in Oakland, a family advocate for youth in the Juvenile Justice System and on broader campaign work aimed at building genuine human security. In collaboration with the Ella Baker Center for Human Rights, Renée helped produce the human rights documentary System Failure: Violence, Abuse, and Neglect in the California Youth Authority, which is currently distributed by WitnessNYC. Central to her work is the goal of using research justice and filmmaking not just as methods, but as tools for building community and social movements.